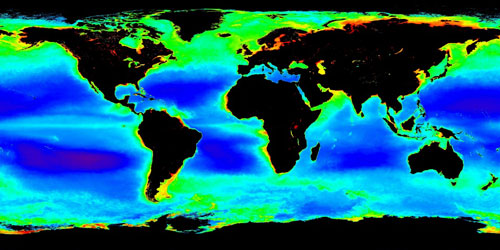 Map of Plankton produced by the NASA. Red indicates the higher concentration, blue the lower. Plankton is important component of the food chain and a CO2 regulator. Plankton contains small amount of Calcium Carbonate (CaCO3). When they die (and if they are not eaten by other animals) they sink and remove CO2 out of the atmosphere for a certain period of time. See Phytoplankton. • in detail • see also: Phytoplankton XlnkS6F5

Either we’ll learn to outdo nature or nature will do us in.– James Lovelock 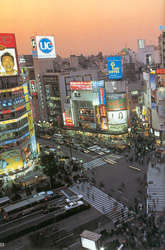 Anomie refers to a breakdown of social norms and a condition where norms no longer control the activities of members in society. Individuals cannot find their place in society without clear rules to help guide them. Changing conditions as well as adjustment of life leads to dissatisfaction, conflict, and deviance. The term was introduced by the french sociologist Emile Durkheim who observed that social periods of disruption (economic depression, for instance) brought about greater anomie and higher rates of crime, suicide, and deviance. Anomie is increasing in societies undermined by liberal capitalism which is incapable to give sense to social life other than by consumerism, squandering, monopolization of natural resources and revenue from economic activities and growing inequalities. • in detail XlnkS6F4

The site gives access to a few samples of pictures available in the publication “One Planet, Many People: Atlas of Our Changing Environment”. Striking examples of the impact of society on our environment, like the IguazÃº National Park, o the right located in Argentina near its borders with Brazil and Paraguay that contains remnants of the highly endangered Paranaense Rain Forest. weblink: UNEP Atlas • from: UNEP _ United nation Environment Program • in detail XlnkS6F3 XlnkC180C 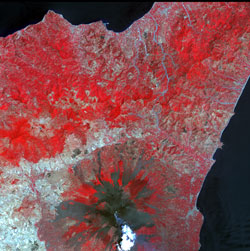 DEWA/GRID-Europe is one of UNEP’s major centres for data and information management, with a unique, “value-adding” mandate in the handling of global and regional environmental data, which in turn support the environment assessment and early-warning activities of UNEP and its partners.weblink: GRID web site • from: UNEP _ United nation Environment Program • in detail XlnkS6F2 XlnkC180C 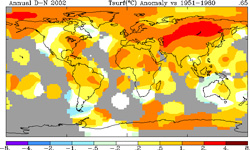 The earth’s climate has changed over the last century. There is new and stronger evidence that most of the warming observed the last 50 years is attributable to human activities. Evolving computer models are predicting that, because of greenhouse gas emissions, temperatures should continue to rise over the 21st century, impacting nature and mankind both positively and negatively. The impacts should vary among regions, but they can not yet be predicted accurately, especially for small-scale areas. However, it is expected that: the more the greenhouse gases are emitted, the higher the tendency for the earth to warm, the greater and faster the warming, the more the adverse effects will dominate, and the higher the possibility, although probably remote, of large-scale and possibly irreversible impacts. Therefore, although an acceptable level for greenhouse gases has not yet been determined, reducing emissions should reduce the risk of adverse effects. Many options for emission reductions are available; their costs need to be balanced with the risks left for future generations.weblink: Facts on climate change • from: GreenFacts • in detail • see also: Climate Change XlnkS6F1 XlnkC1946 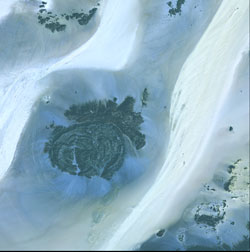 GreenFacts is an independent, multi-stakeholder non-profit organization based in Brussels. Its mission is to provide non-specialists with unbiased scientific information on environment and health matters. Greenfacts provide faithful summaries of authoritative scientific consensus documents on environment and health issues. They are peer-reviewed and published under the authority of a Scientific Board of independent experts. Moreover, independence from specific interests is ensured by multistakeholder governance and funding rules.weblink: Greenfacts • from: GreenFacts • in detail XlnkS6F0 XlnkC1946 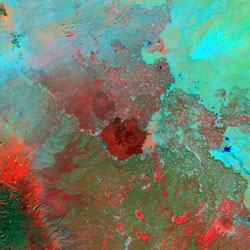 Over the past 50 years, humans have changed ecosystems faster and more extensively than in any period in human history. This has been due largely to rapidly growing demands for food, freshwater, timber, fiber, and fuel. The result has been a substantial and largely irreversible loss in the diversity of life on Earth. The changes made to ecosystems have contributed to substantial gains in human well-being and economic development, but these gains have been achieved at growing costs. These costs include the degradation of many ecosystem services, increased risks of abrupt changes, and increased poverty for some groups of people. These problems, unless addressed, will substantially reduce the benefits that future generations get from ecosystems. This degradation of ecosystem services could get significantly worse during the next 50 years. It is a barrier to the achievement of the Millennium Development Goals. Reversing the degradation of ecosystems while meeting increasing demands for their services is a challenge. This challenge can be partially met in the future under scenarios involving significant changes to policies, institutions, and practices. However, these required actions will have to be substantial when compared to the actions currently taken. These are the result of the Millennium Ecosystem Assessment, a comprehensive study launched by Kofi Annan. weblink: Ecosystem study on greenfacts • from: GreenFacts • in detail XlnkS6EF XlnkC1946 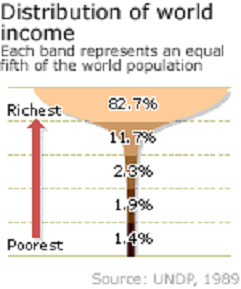 The following statement was released on December 7, 2001, by 100 Nobel Prize winners to coincide with the celebration of the 100th anniversary of the first Nobel prizes. Although the statement began circulating among the laureates last summer, most of them signed it after September 11. THE MOST profound danger to world peace in the coming years will stem not from the irrational acts of states or individuals but from the legitimate demands of the world’s dispossessed. Of these poor and disenfranchised, the majority live a marginal existence in equatorial climates. Global warming, not of their making but originating with the wealthy few will affect their fragile ecologies most. Their situation will be desperate and manifestly unjust. It cannot be expected, therefore, that in all cases they will be content to await the beneficence of the rich. If then we permit the devastating power of modern Weaponry to spread through this combustible human landscape, we invite a conflagration that can engulf both rich and poor. The only hope for the future lies in cooperative international action, legitimized by democracy. It is time to turn our backs on the unilateral search for security in which we seek to shelter behind walls. Instead, we must persist in the quest for united action to counter both global warming and a weaponized World. These twin goals will constitute vital components of stability as we move toward the wider degree of social justice that alone gives hope of peace. Some of the needed legal instrument, are already at hand, such as the Anti-Ballistic Missile Treaty. the Convention on Climate Change, the Strategic Arms Reduction Treaties, and the Comprehensive Test Ban Treaty As concerned citizens, I we urge all governments to commit to these goals that constitute steps on the way to replacement of War by law. To survive in the world we have transformed, we must learn to think in a new Way. As never before, the future of each depends on the good of all. • in detail XlnkS6EE

The National Building Museum commissioned Kiss + Cathcart to design a speculative building for “Big + Green”. In collaboration with Arup Engineers, they created a design that targets new ecological standards for tall buildings. While technologically advanced, the design is not a utopian vision but a building that has been carefully engineered to be practical and economical by the year 2020. weblink: Kiss + CathCart Web Site • from: Kiss + Cathcart • in detail XlnkS6ED XlnkC1945