California has led the world and irritated the car industry for more than 40 years in its fight against the atmospheric pollution that fouls its cities and is blamed for killing trees hundreds of miles away. As long ago as 1943, Los Angeles scientists recorded the first episode of smog formation in the city’s basin and identified vehicle emission as the cause, leading to its first air pollution law in 1947. Last year, the state incensed manufacturers by imposing a 30 per cent reduction in tailpipe emissions of greenhouse gases – mainly carbon dioxide – from all new cars sold in the state. So when in 10 days’ time a group of 60 city mayors from around the globe arrive in San Francisco for a five-day meeting to mark the UN’s World Environment Day by discussing measures they can take to combat climate change, they will find plenty of inspiration from local lawmakers. The mayors will include Ken Livingstone of London, who instituted a congestion charge in order to cut traffic; Carlos Alberto Richa from Curitiba, Brazil, whose city has been called the cleanest in the world; and Han Zheng from Shanghai, who is confronting pollution in one of the world’s fastest growing urban areas. They will be joined by some of their US counterparts who have recently raised their voices to chide their own federal government over climate change. Earlier this month, New York City’s Michael Bloomberg joined the growing list of US mayors to resolve to cut their city’s greenhouse gas emissions by 7 per cent compared with 1990 levels by 2012 – the commitment the US would have made had the federal government ratified the Kyoto protocol on climate change. The meeting will agree a set of 21 measures, known as the Urban Environmental Accords, which will lay out actions every city can take to tackle environmental problems, from climate change to water pollution. Gavin Newsom, mayor of San Francisco, said: “The Accords represent an innovative response to the fact that we now live on an urban planet. We need to develop real solutions to urban environmental challenges.” weblink: Financial Times • in detail XlnkS6E9 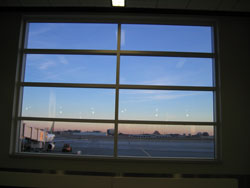 An environmental group is presenting Bristol Airport with a “bill” for climate change as the airport prepares for its inaugural New York flights. Friends of the Earth say flights from the city are producing 580,000 tonnes of carbon dioxide a year. It adds that 344 square miles of trees need to be planted to compensate for these emissions. In a statement, the airport said it takes into account environmental issues in its growth plans. • source: You Can Prevent Global Warming • See also XlnkS59F

We’re playing with the future of our civilization. (Crude Awakening)– David Goodstein

A very bright essay on worldchanging.com based on the idea that the industrialized world does not need “sustainable development”. We need sustainable re-development, a set of transformations in the direction of sustainability, in virtually every sector. The essay lists a few of the challenges we actually face, challenges that we inherited from our recent ancestors and that we will almost certainly pass on to our descendants. weblink: To-do List • from: worldchanging • in detail XlnkS6E8 XlnkC1941 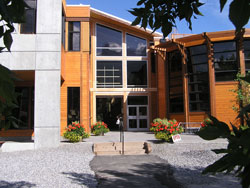 The Canmore Civic Centre is a multi-purpose focal point for the Town of Canmore, located in the spectacular Rocky Mountains. It serves as the Town Hall, the municipal government offices, council chambers, and the new Canmore Museum and GeoScience Centre. In total, the Centre is a 2-storey, 25 000ft2 building designed with an extensive sustainable mandate following the strong environmental attitudes rampant among the inhabitants of this beautiful town. In addition to considering orientation, massing, construction and sustainable transportation measures, a variety of green strategies were employed. The extensive use of low flow plumbing fixtures reduced building water consumption by approximately 55% compared to a standard building. High efficiency condensing boilers, exhaust/supply air heat recovery, occupancy sensors, daylighting and natural ventilation all contributed to maximizing energy efficiency, while delivering top indoor air quality. • from: Keen Engineering • document: CanMore Civic Centre • in detail XlnkS6E7 XlnkC17A6 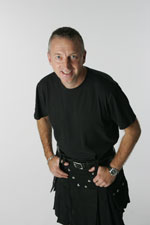 Kevin R. Hydes, president of Keen Engineering, has been appointed Chairman of the Board of the US Green Building Council (USGBC) effective 2005. Kevin has been actively involved with the USGBC since its early stages and has served on the board since 2003. Kevin is also the co-founder of the CaGBC and has been an active member of the Canadian Board since its inception. • from: Keen Engineering • document: Kevin Hydes Chair • in detail • see also: USGBC XlnkS6E6 XlnkC17A6

This building is the second to achieve LEED Silver certificatio in Alberta. A variety of sustainable strategies were incorporated into the fully integrated building system design. In addition to considering orientation, building envelope and sustainable transportation provisions, 39% of all construction materials were manufactured locally. Construction waste management practices were strictly applied, achieving a recycling rate of 97%. • from: Manasc Isaac • document: St John Ambulance • in detail XlnkS6E5 XlnkC1943

Ecomagination — like sustainability itself — is not a one-off campaign or short-term proposition. GE seems determined to make ecomagination part of its identity. It plans not just to market the brand aggressively to the world, but also internally, to GEâ€™s 300,000-employee base, to ensure that the notion of leadership through clean technology is part of everyoneâ€™s job. • source: Ecoimagination • See also XlnkS6E4 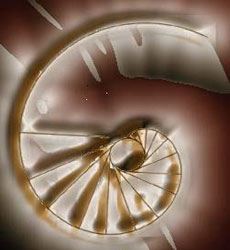 GE says the ecomagination â€œbrandâ€ will be integrated into its overall marketing — at least for the products that qualify. This is no small matter. Most companies have been reluctant to play up their productsâ€™ environmental benefits (if you donâ€™t count those feel-good image ads that come primarily from energy, chemical, and forestry companies), fearing that their green claims wonâ€™t stand up to scrutiny when weighed against the companyâ€™s overall environmental footprint. GEâ€™s leaders seem willing to take the risk — largely because theyâ€™re making specific claims and are willing to back them up. • source: Ecoimagination • See also XlnkS6E4