Dr. Katta Murty, a professor of industrial and operations engineering at the University of Michigan in Ann Arbor, said he believes that airplane travel is having a disproportionately large effect on global warming. He based his conclusion on a study he did in collaboration with NASA to compare the pollution airplanes generate with pollution from ground-level vehicles. Using data supplied by North- west Airlines Inc., he calculated that the average flight consumes 17.5 litres of jet fuel per kilometre. A public bus, by contrast, consumes an average of 0.53 litres/km -7.9 times more efficient than a plane. (A private automobile, carrying the U.S. average of 1.2 people, is one-third as fuel-efficient as a public bus.) According to Dr Murty, the impact of plane pollution is probably larger than that from cars and buses. Some of the ground-level gases can be absorbed by plants and trees. In contrast, airplanes re- lease exhaust composed of carbon dioxide, carbon monoxide, water vapour, nitric oxide and ammonia into the “fragile and rarefied” region of the stratosphere. Air density at that height is only about one-sixth that at ground level, so cold gases there may remain in place for several years and form a stable ring of pollution that impedes the flow of energy from the lower atmosphere. According to Dr. Murty, this may help explain why the Earth is experiencing much higher rates of increase in temperature than can be accounted for by the moderate increase in greenhouse gases in the atmosphere as a whole. “The increasing volume of air- plane traffic worldwide has serious environmental consequences, per- haps more serious than the ozone- hole phenomenon which the attention of the scientific community -and the public -is riveted, he said. • source: Planes, Air Pollution and Global Warming • See also XlnkS4C4

Dr. David Travis and his colleagues at the University of Wisconsin-Whitewater suggested the fluctuation in temperature was caused by the absence of jet-engine contrails (the ice- crystal streams that form around the particles expelled into the air by passing planes) during the three days of quiet skies. In regions with significant airline traffic, contrails may act like artificial cirrus clouds, preventing temperatures from climbing during the day and from dropping at night. • source: Planes, Air Pollution and Global Warming • See also XlnkS4C4

Planes may be the great neglected culprit in global warming, a recent study suggests. This study, made possible by the temporary cessation of commercial flight in the US after the 9/11 events found that during the three-day hiatus from Sept. 11 to 14, the average temperature range over the United States was more than 10 degrees (Celsius) wider than normal. • in detail XlnkS4C4

A survey of about 500 health, safety and business executive to find how the concept of sustainability is recognized as a route to create business value.weblink: environment-risk.com/articles/pdf/sustainable_surv.pdf • from: Arthur D. Little • in detail XlnkS4C3 XlnkC183D 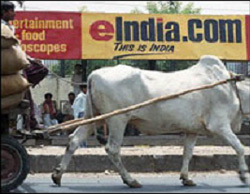 The Global Compact is an initiative of the United nation partnering with world business leaders to help build the social and environmental pillars required to sustain the new global economy and make globalization work for all the world’s people. weblink: unglobalcompact.org • in detail XlnkS4C2 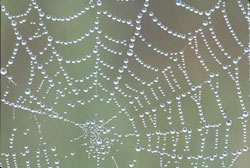 The Global Reporting Initiative (GRI) is “a long-term, multi-stakeholder international process whose mission is to develop and disseminate globally acceptable Sustainability Reporting Guidlelines. These Guidelines are for voluntary use by organizations for reporting on the economic, environmental and social dimensions of their activities, products and services.” The first set of Guidelines were published in June 2000. The 2002 revised Guidelines are now available for downloading at the link below. The 2002 Guidelines provide a framework for assessing and reporting on an organization’s performance in a way that is balanced, comparable and appropriate to that organization. It outlines practical indicators for this assessment. The website below also provides information on companies using the Guidelines as well as specific Sector Supplements on Mining/Materials and Telecommunications.weblink: Go to Guidelines website • from: GRI • in detail XlnkS4C1 XlnkC183C

Air: will be polluted. At the local level, hundreds of developing- country cities have unhealthy levels of air pollution. At the global level, the biosphereâ€™s capacity to absorb carbon dioxide without altering temperatures has been compromised because of heavy reliance on fossil fuels for energy. Global energy use traditionally has grown at the same rate as gross domestic product (GDP). Greenhouse gas (GHG) emissions will continue to grow unless a concerted effort is made to increase energy efficiency and move away from todayâ€™s heavy reliance on fossil fuels. In the past 50 years excess nitrogenâ€”mainly from fertilizers, human sewage, and combustion of fossil fuelsâ€”has begun to overwhelm the global nitrogen cycle, giving rise to a variety of ill effects ranging from reduced soil fertility to excess nutrients in lakes, rivers, and coastal waters. On current trends, the amount of biologically available nitrogen will double in 25 years. • source: World Development Report 2003: Sustainable Development in a Dynamic Economy • See also XlnkS4BF

The IPCC was chartered by the World Meteorological Organization and the United Nations Environment Programme (UNEP) to assess the risk of human-induced climate change. It has produced three large assessments, carried out by an international team of volunteer experts, who evaluate and synthesize the vast and sometimes contradictory scientific literature through an elaborate set of working groups, subgroups, and reviews. Because the reports are thick, densely technical documents, attention focuses on distilling summaries for policymakers. Each summary is approved, line by line, by representatives of all IPCC member governments in a forum where scientists can defend their conclusions. The process results in political buyin to scientific findings. Over the past 10 years, the IPCCâ€™s work has contributed greatly to promoting consensus on the nature and causes of climate change • source: World Development Report 2003: Sustainable Development in a Dynamic Economy • See also XlnkS4BF